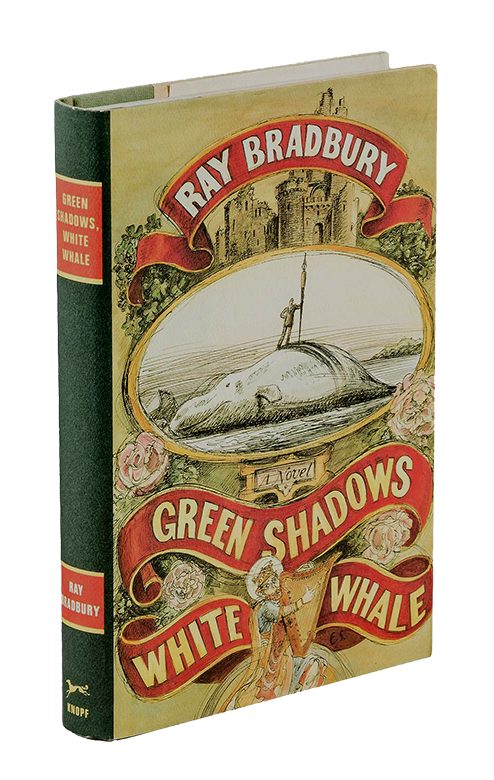 Irish author and academic George O’Brien marks the 100th anniversary of Ray Bradbury’s birth with an Irish Times article recalling the world renown writer’s storied time in Ireland.  In 1953, director John Huston hired Bradbury to write the screenplay for Moby Dick. Huston was living in County Kildare so Bradbury, his wife, and two daughters boarded a ship to Ireland and took up residence at Dublin’s Royal Hibernian Hotel. For the next seven months, he sat at his typewriter all day, tapping out his retelling of Herman Melville’s classic novel. At night, he would call a cab and take the pages to Huston for review. Bradbury’s memories of that time gave birth to a series of lyrical autobiographical vignettes that began with “The First Night of Lent,” originally published in Playboy’s March, 1956 issue. Thirty-five years of writing about Ireland was eventually brought together in Bradbury’s 1992 novel, Green Shadow, White Whale.
Learn More
Buy the Moby Dick Screenplay